In the city of Certaldo (FI)

Municipality and FFI together for the

The joint action by the Certaldo municipality and the FFI is a step in the fight against the local consequences of climate change as the increased number of trees will help to conserve natural moisture in the area and thus counteract the tendency to dry out typical of this period. 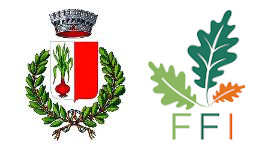 Convention between the Municipality of Certaldo (FI) and FFI

for the extension and improvement of the forest areas in the Canonica Park through reforestation works and the increase of tree diversity and ecological and functional complexity. All costs will be borne by the FFI. 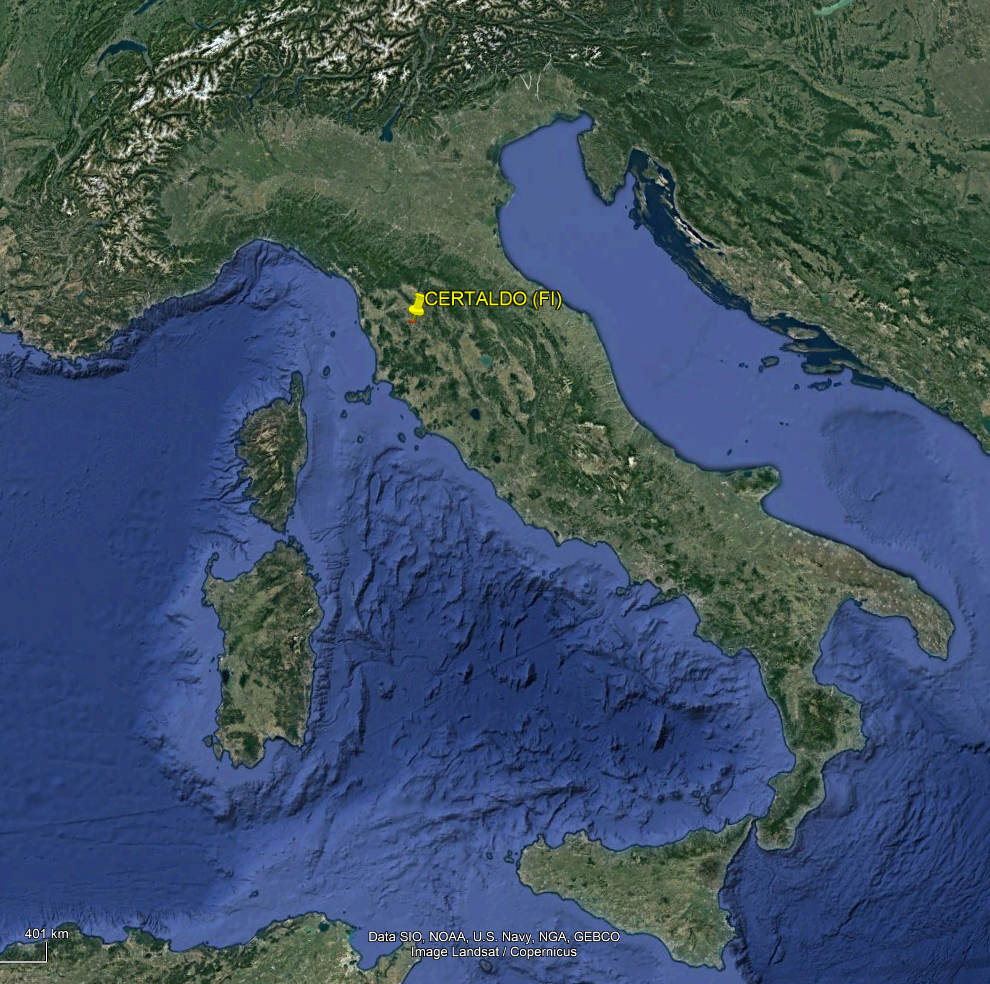 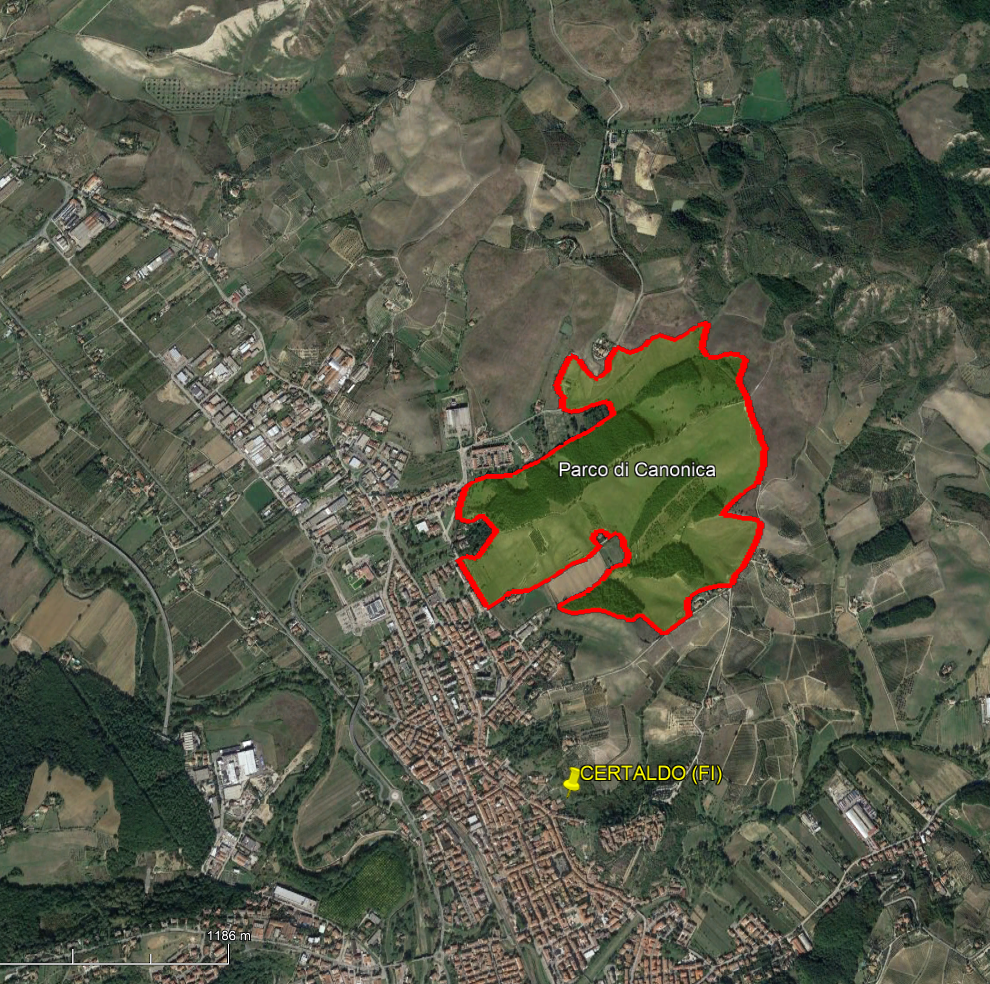 The intention is not to transform the park into something different, but to expand and improve its wooded areas through reforestation works and an increase in tree diversity and ecological and functional complexity.  The intervention will make the park better from an ecological point of view while maintaining its physiognomy and thus respecting its history and the relationship citizens have with it.

Approximately 3,000 trees will be planted on land that is currently bare or covered with scrub and brush, belonging to a dozen native species already present in the area and therefore in perfect harmony with the existing landscape. The new woods will be contiguous with the existing ones with which they will form a unicum over time. A didactic ‘Pomario’, or orchard, will be created, using rare and little-known tree species of considerable ecological and historical value. The pathways will also be improved and increased to make it easier and more widespread to use the sites.

All costs are borne by the FFI

Project and implementation are at no cost to citizens. The FFI will avail itself of the financial support of the best local economic and financial realities that will want to be remembered for their commitment to this project, which is for the exclusive benefit of the citizens and community of Certaldo and its surroundings.

Visibility to those who help us

We will give maximum prominence to those who help us realise this useful work for the community.

It is talked about:

More than 3000 plants will be planted

The following are extracts from the Technical Report prepared by Dr. For. Cristiano Fedi and Geom. Simone Scarselli.

The peculiarity of the Canonica park is that it represents a fairly faithful cross-section of the certaldese countryside, for the use and benefit above all of the local community, which recognises in it a place of recreation and aggregation in which to carry out outdoor recreational and sports activities, favoured by the presence of refreshment points, equipped areas and country paths.

Last but not least, in consideration also of the interventions that are to be implemented, the great landscape, historical and cultural value of the Valdelsa countryside must be taken into account, of which, as mentioned, the Canonica Park is a valid example, like that of other geographical areas in Tuscany (Val d’Orcia, Maremma, etc.), which represent a visual identity and an immediate element of distinction and appreciation, in Italy and throughout the world. In virtue of this, the attention of the designers, in addition to the forestry aspects of the Canonica Park, is also directed to the improvement and enhancement of the agricultural landscape.

The interventions essentially concern the reforestation of areas currently occupied by shrubs, newly-formed sparse woodland and mowing meadows, and the enhancement of the existing agricultural landscape through the clearing of shrubs and brambles (only where these prevent the free use of areas of the Park). Obviously the existing saplings will be left in situ. Paths will also be improved and unified, and new signs will be erected. In addition, a didactic orchard (‘Pomario’) of about 5,000 m2 will be planted, which will have the peculiarity of hosting and enhancing 160 fruit plants (mostly shrubs and small trees) that are uncommon and little known, so as to make the local community aware of the rediscovery of the ancient fruits that were once widespread in the Italian countryside and are now no longer cultivated or marketed.

The result is that the areas affected by the above-mentioned interventions amount to just under 10 ha, or about 11% of the total surface area of the Canonica Hill Park.

The particular morphological conformation of the Parco di Canonica, which offers visitors a pleasant succession of hillocks with often steep slopes (displuvi) and narrow valleys (impluvi) often crossed by ditches, locally known as borers, makes it possible to combine thermophilous plants such as holm oaks and downy oaks with hygrophilous species such as English oak, poplars and willows, which might seem to be ecologically antithetical. In detail, therefore, the forest species chosen are:

In order to favour biodiversity and increase the ecological and functional complexity of the new plantings, it is planned to create, parallel to the actual forest made up of the aforementioned species, a mantle formed by essentially shrub communities that are arranged in a linear pattern in contact with the forest tree community, so as to edge the artificially formed forest and once again follow the dynamics of a natural forest. This mantle will mostly consist of Rosaceae with the size and bearing of shrubs or saplings, such as:

Would you like more info about
Fondo Forestale Italiano?

Add FFI to your contacts